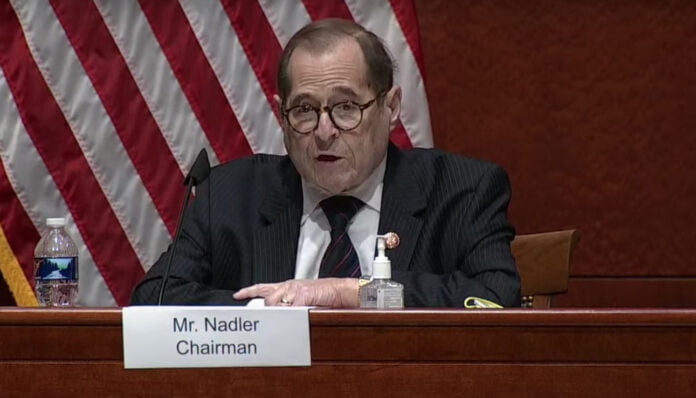 Laura Ingraham accused Democrats on the House Judiciary Committee Tuesday of “taking cues” from rioters in cities across America by “performing for a television audience, attempting to carry out what was equivalent of reputational assassination of [Attorney General] Bill Barr.“

The “Ingraham Angle” host highlighted one exchange between Barr and Rep. Madeleine Dean, D-Pa., who asked the attorney general whether he has called for federal agents to “stop using these chemical irritants on protesters.”

“You mean pepper spray?” Barr responded. “No, I think it is a very important non-lethal option.”

“That was my question — for protesters?” Dean repeated.

“No, for rioters,” Barr in turn repeated.

“Sir, America was founded on the principles of free speech — excuse me — reclaiming my time,” Dean said as Barr again began to reply. “I’m surprised at your lack of respect for a member of Congress.”

Ingraham said that Barr proffered more “deference” to Dean than she deserved, and that she intentionally “distorted and demonized” the attorney general for the television cameras.

Other “highlights” of the hearing included Rep. Steve Cohen, D-Tenn., announcing he would submit a resolution to study whether Barr should be impeached.

Rep. Cedric Richmond, D-La., claimed that Barr engaged in “systematic racism” by purportedly bringing an all-White staff to work for him when he joined the Justice Department, while Rep. David Cicilline, D-R.I., told Barr that his “failure to respect the role of peaceful protest in this country is a disgrace.”

“For several hours today, we saw the mobsters at work,” Ingraham said. “But they weren’t outside of the building. They were inside, verbally and viciously attacking one of the most well-respected legal minds in America.”