HomeNewsSen. Cotton: Biden Should Lead The World In Helping Ukraine Fight For...
FeaturedNewsOpinion

Sen. Cotton: Biden Should Lead The World In Helping Ukraine Fight For Freedom 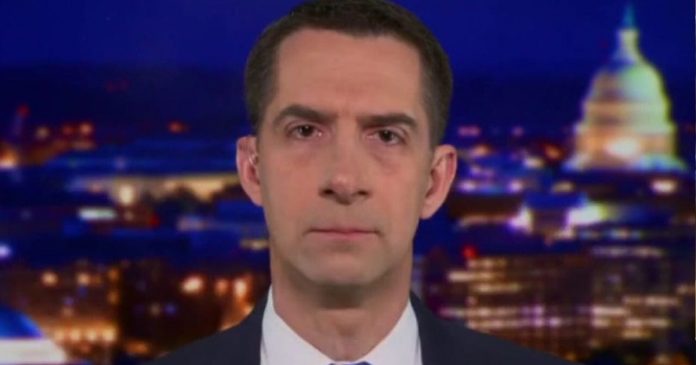 Sen. Tom Cotton said President Biden is stuck on his “back foot” as Ukrainian President Volodymyr Zelenskyy pleads with Congress for assistance, including Polish MiG aircrafts.

Cotton told “The Ingraham Angle” on Wednesday that he disagreed with Armed Services Committee Chairman Sen. Jack Reed, D-R.I., who said earlier in the day that Ukraine might be signaling that it wouldn’t use the new aircraft effectively.

Cotton said Reed was incorrect, and that the Ukrainians have proven as much with how they have pushed back against Russian President Vladimir Putin’s military.

“They can close their own skies if we support them with the weapons and aircraft they need,” Cotton said.

“Poland is willing to send them. It was ridiculous for our Secretary of State to say we’ve green-lighted the transfer one day and then two days later say that it would be escalatory if the United States transferred them.”

“President Biden once again is on the back foot. He needs to be where President Zelenskyy urged him to be today, which is leading the world in helping Ukraine fight for their own freedom.”

Sen. Bill Hagerty: US Doesn’t ‘Have The Ability To Go Electric’

It is not hard to believe Biden cannot “lead” the free world, given that he cannot even lead at home, Ingraham said.

“President Zelenskyy … is fighting for his country as he should, but we have a president who is essentially a hologram,” she said.

“He is not an active president defending our interests here, let alone the president of the world.”

In response, Cotton said Biden could indeed stop his custom of engaging in “half-measures” and being “a day late and a dollar short.”

“Last week, for instance, he came out and gave a very chesty speech about how we’re going to ban the import of oil into America from Russia. We’re still importing Russian oil. They have a month-and-a-half–long wind-down period on that, so we’re still sending on average more than $20 million a day to Russia’s war machine.”

Facebook
Twitter
Pinterest
WhatsApp
Previous article
Oklahoma Farmer: We’re Getting ‘Hit On Every Front’
Next article
Judge Jackson’s Approval Would Be A ‘Rubber Stamp’ For The Left’s Agenda