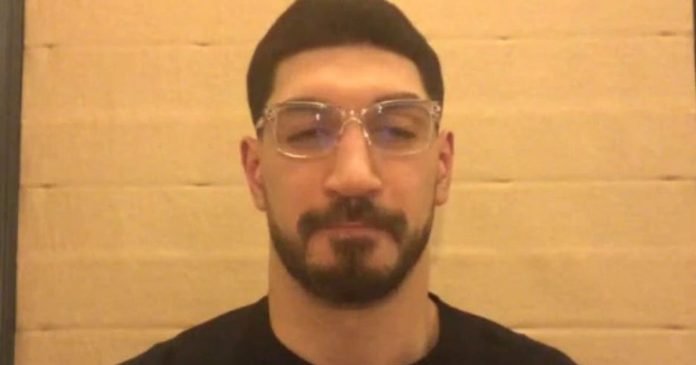 Outspoken NBA star Enes Kanter Freedom appeared on “The Ingraham Angle” on Thursday night, where he directed some sharp criticism toward Yao Ming, a former NBA star from China who played for the Houston Rockets until retiring in 2009.

Freedom, 29, born in Switzerland to Turkish parents, plays for the Boston Celtics after stints with several other NBA teams. He described Yao as a “puppet” of China’s government, accusing him of being unwilling to speak out about China’s human rights abuses ahead of the Winter Olympics in Beijing, which got underway this week.

Actually, he invited me over to China … and wanted me to visit and I was like, ‘OK.’ I was actually considering going.

But unfortunately, he is a puppet of China. Actually, like a little kid he blocked me on Instagram and just didn’t respond because I wanted to go visit the concentration camps and I wanted to visit Hong Kong and Tibet  … and we were done with China I wanted to take him to Taiwan but obviously he was too scared to answer me.

But it’s just a shame. It just shows one more time that what kind of puppet he is and what kind of dictatorship is happening in China. It just clearly shows the while world.