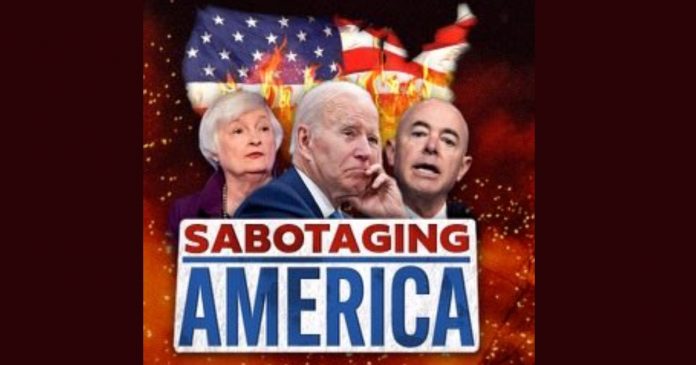 Laura Ingraham discussed the Biden administration’s lack of “seriousness” and how the president’s staffers do not care about “objective standards” or “merit” Wednesday on “The Ingraham Angle.”

LAURA INGRAHAM: Why, of course, would anyone be surprised that Joe Biden missed the importance of keeping America’s main baby formula company fully operational? I mean, of course he wouldn’t. They don’t know anything. No wonder 57% of Americans in a recent CBS-YouGov survey described Biden as distracted. Fifty-one percent call him incompetent and only 38% say he’s effective. Look, the public isn’t stupid. They know zero accountability when they see it. Biden’s Cabinet members shouldn’t have more job security than, say, a college basketball coach. If a coach — all he does is lose, then he blames others — he’s canned, right? And everyone from Mayorkas to Milley should have been let go long ago. But in BidenLand, the fact that you’re getting poorer, that America is getting weaker — that’s just part of the necessary transition. You may not be able to fill your tank, but you should be filled with pride. Overall, the first that this administration has delivered: the first female Coast Guard commandant.

What happened to just hiring the best, whoever they are? But Biden’s puppeteers don’t care about objective standards or merit. Or do we really think that Mayor Pete had the background to run the Department of Transportation, or that ex-Gov. Jennifer Granholm was qualified somehow to run the Energy Department? Or that the new press secretary was the most talented communicator that Biden could have had in that role. Now, she doesn’t necessarily answer questions — she just reads what people put in her briefing book.

I’m sure mothers across America are resting easy tonight after that story. The lack of seriousness in the Biden White House even extends now to the U.S. Marine Corps. Forget being the fierce, fighting force over land and sea. The Pentagon wants you to know that the Marines’ main priority right now is celebrating Pride Month. Even the bullets are rainbow–colored. I’m sure President Xi is very scared tonight. Woke virtue-signaling, Jan. 6 hearings — it’s all the Democrats are capable of. Nothing they’ve done has actually helped the average American who’s really struggling right now.