HomeNewsSen. Johnson: Dems and Media Want to Sweep Election Issues Under The...
FeaturedNews

Sen. Johnson: Dems and Media Want to Sweep Election Issues Under The Rug 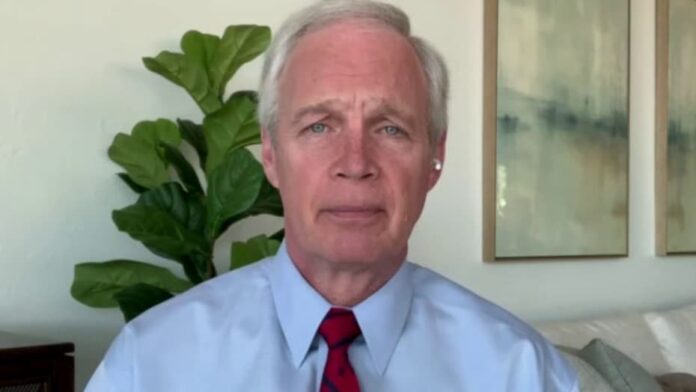 Sen. Ron Johnson promised in a Fox News interview, that if the Republicans win Georgia and retain a majority in Senate, he will do all he can to “dig into the legitimate concerns of voter fraud” during the 2020 election.

“I’m going to investigate, and I’m going to find out what the truth is. And again, what we can explain, we’ll explain, set that aside, but where there are problems, we really do need to fix them.”

“The main problem, from my standpoint, is you have so many people in the mainstream media, certainly Democrats, that just want to sweep this under the rug, that just want to dismiss these very serious, legitimate concerns of what happened during the 2020 election,” Johnson told Fox News host Harris Faulkner.

“When you have tens of millions of Americans who simply don’t believe this is a legitimate outcome — we’ve just gone through four years where Democrats and the extreme left simply did not acknowledge President Trump as the legitimate president — and now here we are, because of COVID, because of a more than doubling of the number of absentee ballots, while at the same time Democrats pushed the envelope, relaxing standards,” he said.

“There are some real problems here and the problem’s not going away,” Johnson added. “The only solution I can come up with investigates, explain, be transparent, but sweeping this under the rug, as many people want us to do, simply won’t work.”

Facebook
Twitter
Pinterest
WhatsApp
Previous article
Warnock, Ossoff would be the Senate version of ‘The Squad’
Next article
Matt Gaetz: Democrats Were Silent When ANTIFA Violence Swept The Country