HomeOpinionTrump: This was prosecutorial misconduct, Rittenhouse shouldn’t have been prosecuted
FeaturedOpinion

Trump: This was prosecutorial misconduct, Rittenhouse shouldn’t have been prosecuted 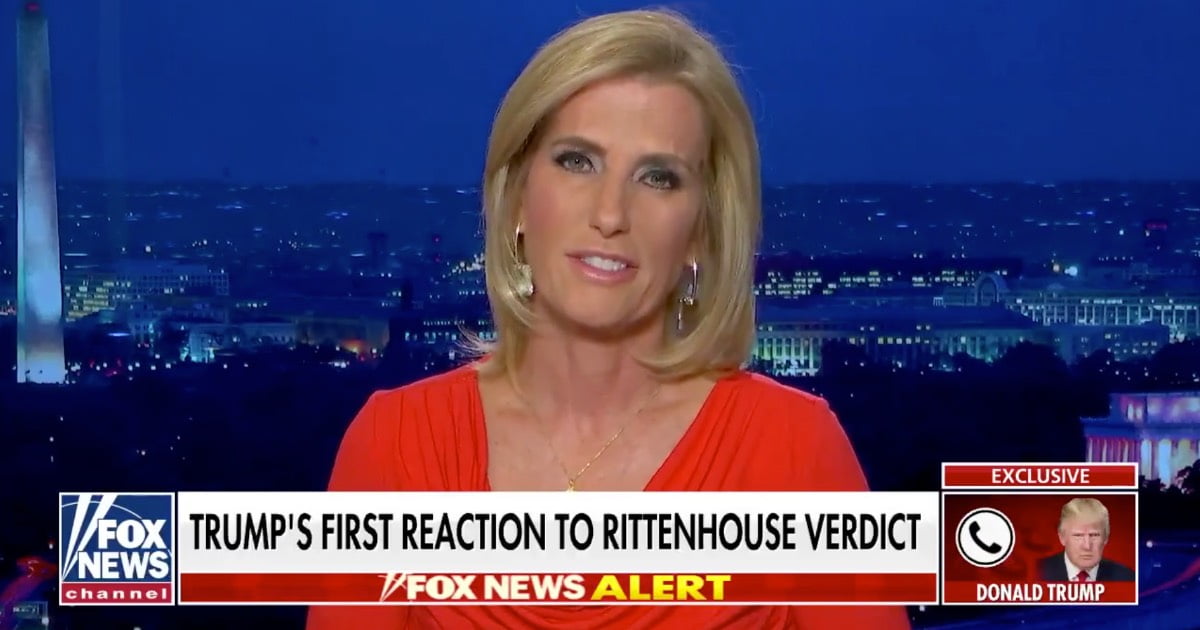 EXCLUSIVE: In an “Ingraham Angle” interview Friday night, former President Donald Trump reacted to the acquittal of Kyle Rittenhouse, telling Fox News the case was an egregious example of prosecutorial misconduct and the Illinois teenager was acting in self-defense.

“I think that it was a great decision,” Trump told host Laura Ingraham, praising the jury for not cowing to outside pressures and delivering a just verdict.

“I was surprised it had to go this far. Somebody should have ended it earlier. Frankly, the case should have never been brought,” the former president said.

Biden and Fauci seek to keep Americans ‘under their thumb’

“It was prosecutorial misconduct in my opinion, and there’s plenty of it going on in this country right now. It was disgraceful.”

Trump called Rittenhouse the “poster boy” for “innocence based on self defense.”

He added he believed Rittenhouse would have been killed if he had not fired at Gaige Grosskreutz – the surviving individual from last year’s Kenosha, Wisconsin, unrest, who pointed a gun at Rittenhouse. Grosskreutz was seriously injured in his right bicep when Rittenhouse fired at close range.

“I think [Rittenhouse] would have been dead if he waited a quarter of a second when that gun was pointed at his head. That guy was going to pull that trigger. Less than a second [later] he would have been dead,” Trump said. “There would not have been a trial because they would not have tried the person who pulled the trigger. I was very happy to see it, a lot of people were happy to see it.”

Trump added he was surprised to even see a case brought against Rittenhouse, adding that the performances of Kenosha County assistant district attorneys Tom Binger and James Kraus were a “big bad mark for prosecutors” across the country.

“The prosecutors, what they did in order to try to win, instead of looking for justice they were just looking for a win. It was probably a political case to a large extent,” he said.

“This is a young man who should not have been prosecuted, based on every ounce of evidence that you look at.

“When I saw that early on, I didn’t have to see it 15 different times when you ended up seeing it probably 40 different times. It was all over. Everybody I knew, they said that’s self-defense. He would have been dead.”

Trump praised Rittenhouse as brave for taking the stand in his own defense, contrary to conventional advice for such trials. He also credited the jury for responsibly deliberating “under pressure to do the wrong thing.”

“I love the way the judge started — but they got to him from the standpoint they were trying to intimidate the judge, both outside and inside the courthouse. He held up. He was having a hard time for a while.”