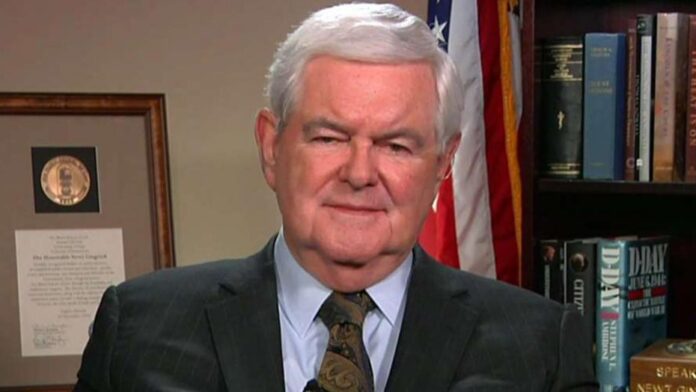 During an interview at the convention of the National Association of Black Journalists (NABJ) and the National Association of Hispanic Journalists (NAHJ), the former vice president told NPR’s Lulu Garcia Navarro he would scrap tariffs on Chinese imports imposed by Trump. “Who said Trump’s idea’s a good one?” Biden asked rhetorically. “Manufacturing has gone into a recession. Agriculture lost billions of dollars that taxpayers had to pay,” A Biden aide later attempted to clarify to Forbes that the Democrat would “reevaluate” the tariffs.

Gingrich told Ingraham that Biden is not the only Democrat inclined to take a positive view of China, citing Senate Judiciary Committee Ranking Member Dianne Feinstein of California

“She said last week that we should all be very proud of how much China has made that it has become a normal country,” he said, referring to remarks in which Feinstein said the U.S. considers China “a potential trading partner … a country that has pulled tens of millions of people out of poverty in a short period of time, and as a country growing into a respectable nation amongst other nations,” according to the Washington Free Beacon.