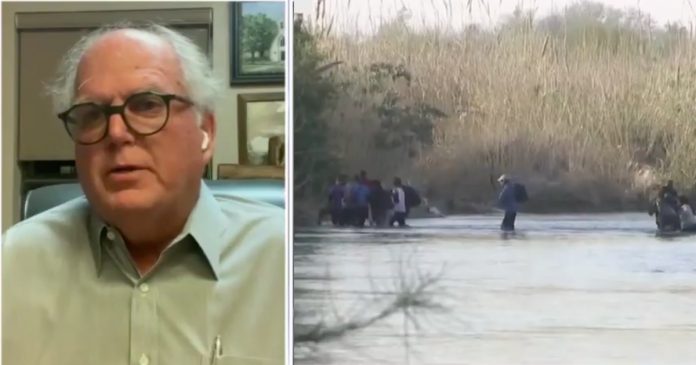 A Texas mayor said that cities dealing with a migrant surge are sometimes forced to use their own funds to mitigate the crisis.

“We’re being forced on with a public safety problem here, a public health problem and then a humanitarian crisis. And this administration does nothing about it. I mean, I had to take money, the county judge and I had to take money from our citizens and hire busses to haul these people from Uvalde because there’s no public transportation here,” Mayor Don McLaughlin of Uvalde, Texas, said on “The Ingraham Angle.”

Ingraham: Even The Left Knows Biden Is Making Gargantuan Mistakes

He proceeded to blast the Biden administration for allowing leniency in some cases, such as for illegal immigrants who did not cross the border recently and who are not deemed to be dangerous to the public.

The mayor told host Laura Ingraham that illegal immigrants traveling to the U.S. via the southern border have more rights than American citizens.

“[The Biden] administration is … out left field. You and I have to obey the rule of law, if we break the law, they’re going to come arrest us, we’re going to be punished. But yet we’re going to reward all these migrants that are coming across the border; and these should have been here and broke the law, now we’re going to drop the cases and let them run free? Are we going to do the same for American citizens on these same types of charges? Let them go free,” he said.