Joe Biden has made clear he’s ‘no more Mr. Moderate from Wilmington’ 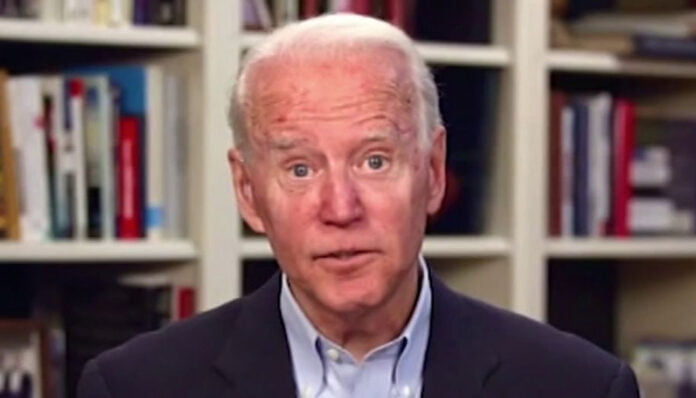 In her “Ingraham Angle” monologue Monday, Fox News host Laura Ingraham argued that presumptive Democratic presidential nominee Joe Biden is no longer the moderate or establishment Democrat from a working-class background, but instead the leader of the leftward lurch in American politics toward a “new normal.”

“The Biden campaign has made it official. No more Mr. Moderate from Wilmington. Over the July 4 weekend, he pledged to fundamentally transform the United States,” Ingraham said.

“Translation? A grab bag of Squad-approved measures that begin with massive wealth confiscation — it’s coming your way,” she went on. “Your money is going to be used to fund a war on oil and gas, regulatory harassment of businesses, massive amnesty and a flood of foreign workers and refugees, gun compensation from citizens on bogus grounds, a radicalization of our schools… Free health care — including medical marijuana — for illegals, government-run health care and of course, reparations.”

Ingraham then warned that anyone who opposes those objectives and policies will be targeted for “retrbution.”

“The DOJ, the FBI, OSHA, the NSA — are going to be activated against hardworking Americans who still believe in freedom,” she claimed, arguing that a new administration would be eager to use  strongarm tactics in the same way governors have made citizens “bend and relinquish their rights … for the greater good.”

“This is nothing to do with the virus, which is overwhelmingly survivable for most Americans,” Ingraham said. “And these draconian and arbitrary moves are about politics and power.”

As an alternative, the host laid out several tenets of a “new normal” that enshrines Americanism, vowing the GOP will never look back to the “Bush Party” of the 1990s and 2000s.

“I realize this may upset the dozens of well-funded Trump-hating Republicans out there, nevertheless, our new normal will be ardently anti-leftist, fervently pro-American and a relentlessly pro-worker party,” she said.

Facebook
Twitter
Pinterest
WhatsApp
Previous article
Patriots from every state, from all races and backgrounds should stand up for America
Next article
Keeping schools closed inflicts ‘horrific mental and physical health consequences’