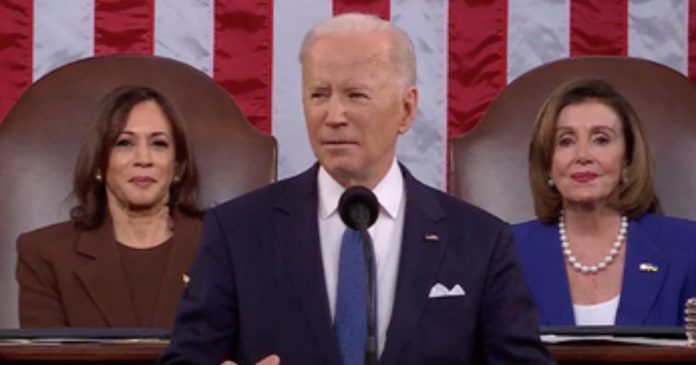 Laura Ingraham blasted President Biden’s State of the Union speech Tuesday, saying he dropped the ball on changing the narrative surrounding multiple fires that erupted during his first year.

“In a desperate attempt to reset the narrative of what is obviously a failing administration, Joe Biden tonight delivered an address that sounded more like the state of the European Union at times,” “The Ingraham Angle” host said.

Biden touted the unity between the United States and its allies, saying, “Six days ago, Russia’s Vladimir Putin sought to shake the very foundations of the free world, thinking he could make it bend to his menacing ways. But he badly miscalculated. He thought he could roll in Ukraine, and the world would roll over. Instead, he met with a moral wall of strength he never anticipated or imagined. He met Ukrainian people.”

Ingraham responded, “But Biden’s more like Mr. Magoo stumbling around without his glasses on.”

“Now, after starting with an issue that just doesn’t rank in the top 10 of voters concerns us,” she said. “All of our hearts do break, of course, for the Ukrainian people. Joe Biden tried his best to sweep aside the Squad and mimic the populism of Donald Trump.”

Biden said during SOTU that defunding the police was not the answer and called to secure the border and to work on immigration reform.

He added, “You can end the shutdowns of American schools and businesses.”

“This is a long kabuki theater, because in Biden’s world, the plutocrats always end up running the show, regardless of all the phony appeals,” Ingraham concluded.