What if ‘pro-life Christians’ engaged in Portland-style riots? 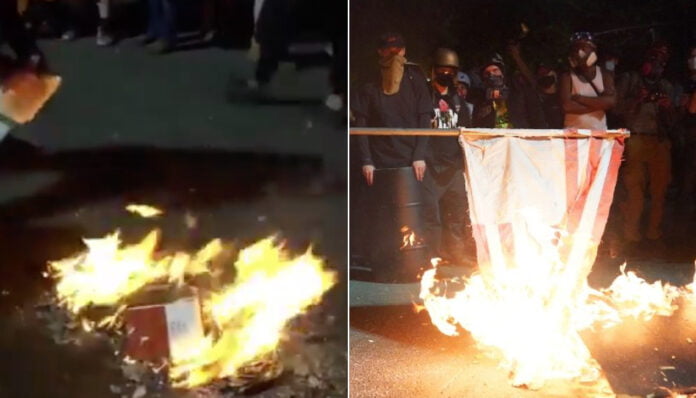 “Imagine if thousands of pro-life Christians decided to surround a federal courthouse in Texas where pro-abortion rights cases had recently been decided,” Laura Ingraham, host of “The Ingraham Angle” hypothesized. “Now, imagine if some of these protesters were peaceful, but others came to cause real trouble. Imagine if they threw bottles of cement, bricks, and shot fireworks. Imagine if they used lasers at federal officials who were protecting the building. Imagine they made Molotov cocktails and set cars on fire and that they did this night after night after night.”

Further, Ingraham asked what would happen if state and local Republican leaders refused to condemn or stop the violence but instead blamed a sitting Democratic president for the unrest and destruction.

She answered that the media would demonize the protesters, call for their arrest and prosecution, and potentially celebrate the same law enforcement intervention they currently rail against as presidential overreach.

“[The current violent protests] have nothing to do with George Floyd and nothing to do with racial justice. This is about raw power,” Ingraham stated. “And politicians in blue states, they decided that the riots are helping them politically. They are looking at the polls and they think that opposing anything and everything that President Trump does or says is more politically advantageous than opposing these criminals.”

She pointed to Oregon Democratic Gov. Kate Brown, who claimed federal “forces” are unnecessary and “are making a challenging situation worse.”