HomeCulture WarsAOC Needs To Choose Between Fighting For The Working-Class And Selling Out...
Culture WarsFeaturedGlobal Economy 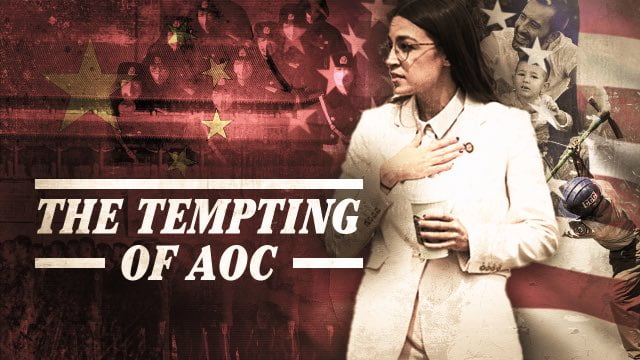 Rep. Alexandria Ocasio-Cortez will have to make a political choice now that Joe Biden’s globalist agenda is about to be unleashed upon the American workers.

“While her candidate, Bernie Sanders, didn’t win the 2020 nomination, Alexandria Ocasio-Cortez has had an enormous influence on her party,” said Laura Ingraham the host of “The Ingraham Angle” Wednesday.

Ingraham recalled that she had warned Republicans last year not to dismiss the freshman lawmaker as a far-left “flash-in-the-pan.”

“As a freshman Democrat, her coalition helped pull Joe Biden and her colleagues to the left on key issues, such as the Green New Deal, health care, and impeachment,” the host explained. “Democrats will do almost anything, albeit grudgingly, to avoid being primaried by her or one of her choices. She presented herself as a strong voice for working-class Americans, and a strong critic of multinational corporations.”

Ingraham played a clip of Ocasio-Cortez telling a crowd that “there is nothing wrong with being a working person in the United States [and] the Democratic Party is supposed to be the champion of the working class.”

However, Ingraham noted, Biden and his team apparently want to push America’s trade, economic and foreign policy systems back in the direction of globalism, which she predicted would cause distress in the domestic labor market and among working-class families and business owners.

Ocasio-Cortez and other progressive Democrats are essentially being presented with a choice:

“Play ball on economic issues. Don’t interfere with globalization, or maybe even help out with outsourcing, and we’ll make you a star. We’ll give you the cultural power to beat up on conservatives, but when it comes to money in foreign policy, we expect you to go along with the global elites,” Ingraham said.

“So, it’s going to be interesting to see AOC’s next move. In the last few months, the establishment has shown her the carrot — the cover of Vanity Fair, of course — and the stick — leaks about how AOC is hurting the Democrat Party. So if she goes along on the China and trade issue and helps tech bros get richer, she will have a one-way ticket with the ‘in’ crowd,” said Ingraham.

“If she leaves politics, they’ll make her an instant multimillionaire. But if she stands up to the establishment on China and if she fights against the TPP [Trans-Pacific Partnership], if she tries to end foolish wars, well, then she’ll get very different treatment.”