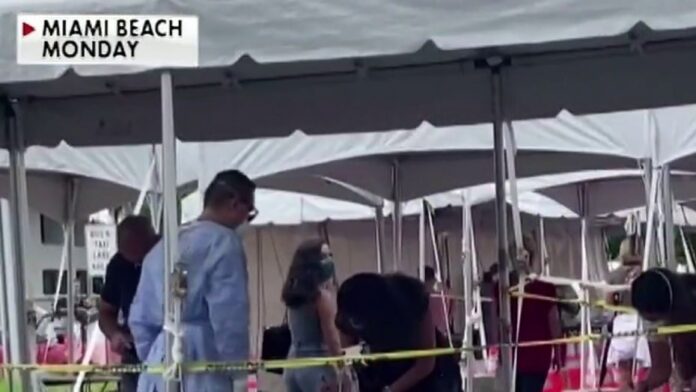 Dr. Charles Lockwood, dean of the University of South Florda’s College of Medicine, told “The Ingraham Angle” Tuesday that “it’s pretty clear” that the state’s current increase in confirmed coronavirus cases doesn’t come close to the catastrophic effect of the virus on New York and New Jersey.

“For one thing,” Lockwood told host Laura Ingraham, “our case fatality rate — that’s the number of deaths over the number of cases — is 1.5 percent. In New York City, right now, it’s 10 percent. So that’s a huge difference there.”

Lockwood acknowledged that while Florida’s case count has increased “sixfold since June 10,” neither the number of hospitalizations nor the number of deaths have kept pace.

“Deaths are definitely a lagging indicator,” said Lockwood. “But we should now be seeing a much higher case fatality rate. It has been predicted that our fatality rate would kind of do a ‘U’ and be heading back up. It’s not. In fact, today in Hillsborough County [where Tampa is located], our case fatality rate was 0.9 percent.

“That’s the lowest, I think, in the United States.”

The trial of Derek Chauvin, the former Minneapolis police officer who knelt on George Floyd’s neck as he was dying in May 2020, is...
Read more
News

"A lot of people want me to. The Border Patrol and all of the people of ICE, they want me to go. I really...
Read more
Opinion

Watch the latest video at foxnews.com It's been 375 days, since Americans were told that it would take only 15 days to slow the spread...
Read more